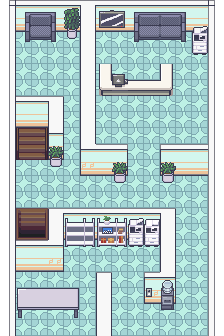 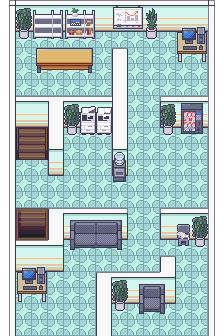 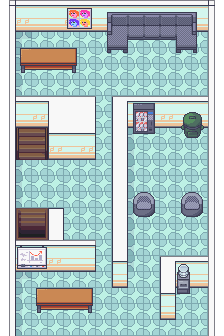 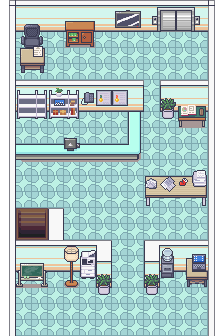 You reach the final pillar, Omnichannel HQ, to uncover the conspiracy once and for all. The HQ is suspiciously empty, but you do learn that SPYDER is run by the Pillar bosses with Omnichannel CEO Beaverbrook at their heart. The boss has retreated to the newly-constructed Radio Tower next door to announce martial law.

Once you defeat the CEO himself, you can use the radio station to reveal the conspiracy to the entire region.

Random encounters are Dark Robo and Xeon-2, which are not catchable. "Not a tuxemon!" flashes up as the error.

A note on the CEO's desk, in his empty office:

37707 Female Worm and Rogue The Duke of Dead Air