The main story is The Spyder in the Cathedral. It follows a familiar model of the protagonist traveling from town to town, catching and battling creatures. However, the protagonist ends up discovering cruelty and corruption at the very heart of the region, and defeating their villainous scheme. 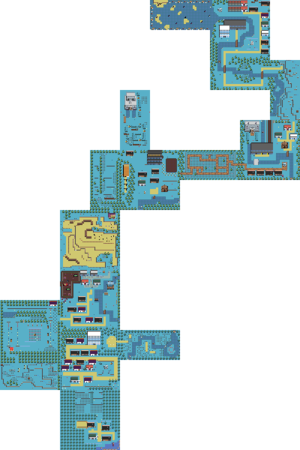